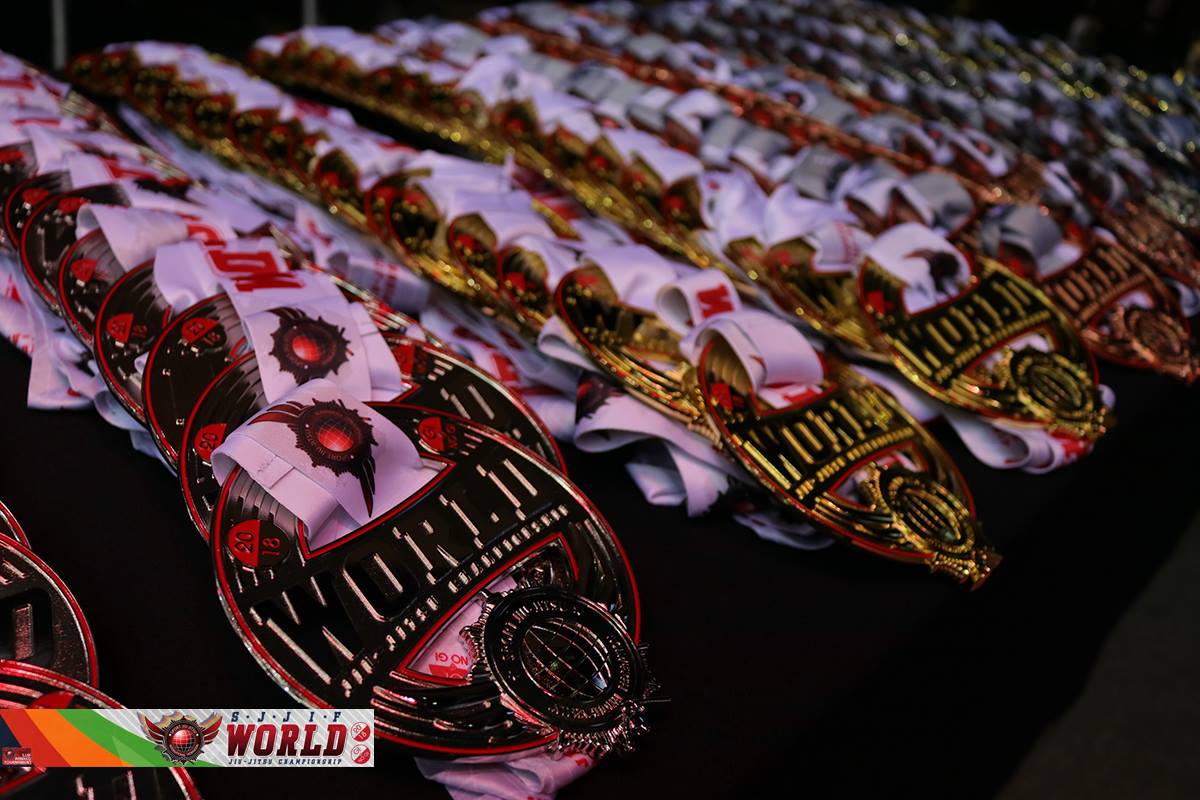 The prestigious SJJIF World Jiu-Jitsu Championship was held at the Long Beach Arena in Long Beach, California USA on October 27th & 28th, 2018.  The arena housed over 7,000 spectators and nearly 3,000 competitors from over 72 countries.

Besides the medal, Black Belt male and female competitors competed for the equal cash prizes with nearly $40,000 awarded in total cash prizes.

"We believe that Jiu-Jitsu is for everyone and creating a platform that includes all athletes is a testament to our beliefs.  It it important that we are an example of the values we uphold; inclusion, fair play, unity, respect to list a few, so that the sport and community continue to grow not only in numbers, but in character as well." responds SJJIF President João Silva to the inclusion of all divisions and events at the World championship.

For photos go to:

On October 24th 2018 President of SJJIF, João Silva and members of the federation's main board, gathered for the 2018 SJJIF Annual Conference & General Assembly to discuss the present and future betterment of the federation, its rules and sport.

The SJJIF is a non-profit organization with the mission of taking BJJ to the Olympic Games while preserving the unique BJJ history, lineage, culture and life style. Today the SJJIF is a proud member of TAFISA, ICSSPE, WMAGC, the Police and Fire World Games and supporter of SIGA.

The main focus of this year's General Assembly meeting was the solidifying of its National federations; as well as its events to better represent and develop BJJ in their community. Voted at this year's GA was the approval of the New Zealand federation as a new member of the SJJIF, as well as the decision to keep two federations as provisional members due to insufficient information. The full GA report will be available within 45 days on the SJJIF website.

The meeting ended with high levels of determination and unity, a coming together of like-minded individuals intent on protecting Brazilian Jiu-Jitsu, its unique history and lineage, and the future of the sport and its community.

SJJIF was established in June of 2012 with the primary goal to unify and organize existing Sport Jiu-Jitsu, Brazilian Jiu-Jitsu and Jiu-Jitsu National and/or territorial federations that share the vision of reaching Olympic greatness while preserving the unique history, culture, philosophy and lineage of Brazilian Jiu-Jitsu.  Establishing one set of governing rules, the SJJIF has helped develop or unify existing federations, creating a growing network of likeminded members who envision greater opportunities for our athletes and Brazilian Jiu-Jitsu. The SJJIF has further developed the sport by providing National Federations with the opportunity to be part of the true international governing body of Brazilian Jiu-Jitsu, where their voice and vote directs the future of the SJJIF and sport through general assembly meetings and votes.